Hong Kong: 2nd Most Expensive City in the World. Why?

Last week, a human resources firm announced the 2015’s rankings of the world’s cities in terms of costs of living. Among the top 10, 5 of them are Asian regions including Singapore (4th), Shanghai (6th), Beijing (7th) and Seoul (8th), with Hong Kong leading the five to be the 2nd most expensive city to live in the world.

This research compared the price indices of a total of 207 cities out of 5 continents. To calculate the rankings, more than 200 dimensions have been measured: housing, transport, food, clothes, domestic products, entertainment and so on. Housing Problems: A Headache to Hongkongers

According to the report, the high costs of living in Hong Kong are probably due to the linked exchange rate between HKD and USD. But if one is to look closer to particular categories, say, housing, the monthly rent on average in Hong Kong is USD 6,576 (about HKD 51,200); whereas that of the world’s most expensive city, Luanda –  the capital of the African country Angola is USD 6,800 (about HKD 53,000). Between the two, actually there are not too much difference in terms of the rents. High rent and property prices have long been the problems that annoy Hongkongers much. For an about-200-square-feet residential flat in the urban area, its rent can be somewhere between HKD 7,000 and HKD 8,000. If one is to purchase a flat of a similar size, the price can be reaching from about HKD 3 million to HKD 4 million. Therefore, the rent and the property purchase become the greatest costs of living in Hong Kong,

Apart from the skyrocketing property prices and rents, the expenses in food and clothing are quite huge too in Hong Kong. In the report, a pair of jeans are taken as an example. In Hong Kong, the selling price of a pair of jeans is USD 129 (almost HKD 1,000), which is higher than those in both London and New York accounting for USD 115 (about HKD 897) and USD 58 respectively. When we talk about 1 cup of coffee, the selling price in Hong Kong is USD 7.8 (about HKD 61) whereas that in New York is merely USD 3 (about HKD 23.4). For more comparison, please refer to the list below, where you can find the changes in different prices within the past 5 years in Hong Kong. The most eye-catchy difference is of course the property price. Besides, among the rest of the expensive Asian regions mentioned, there are 2 cities in mainland China ranking top 10 too. This shows that the Chinese economy is developing rapidly with a constant inflow of investment from overseas. Meanwhile, this attract more foreign talents to China. Undoubtedly, these factors further boost the costs of living in most of the A-list Chinese cities. Nevertheless, Tokyo, Japan – the most expensive world’s city in 2012 for its high living standard for long has a much lower ranking this year, moving from the 4th to the 11th. This can be attributed to the present quantitative easing policies implemented in Japan. There has been the continuous depreciation of Yen, leading to the lowered costs of living there.

Considering the high living costs in Hong Kong, how can one budget well to go through the hard times with ease? Read more: “Ideal Budget for Millennials in the Workforce” 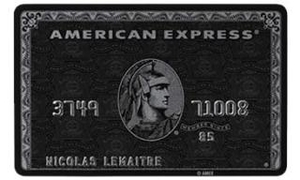